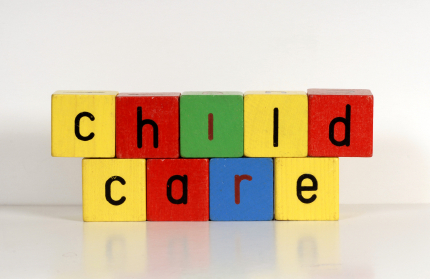 13 Mar What Are Nanny Cams?

Nanny cameras have become increasingly popular as well as controversial during the past decade. A nanny cam can be defined as an undetectable camera placed strategically throughout an individual’s home in an effort to monitor what the nanny or babysitter is doing while on the job. Many covert cameras have caught care givers drinking on the job, abusing children, stealing from the homeowner, snooping through personal belongings, and even having a good time with their significant other. Nannies are hired to protect and care for children while their parents are away. According to the startling footage revealed on news reports with the use of spy cameras, the trusted babysitter is often a figment of the parent’s hopeful imagination.

CBS4 news, Click Orlando, and Nanny Cam Blog list news reports on the unfortunate findings through the use of spy cameras.

Most parents want to trust the person that they have carefully chosen to allow into their homes and their lives. Of those interviewed, individuals generally make the decision to purchase a hidden cam after they have reason to suspect mistreatment or neglect.

There are quite a few different nanny cams available for purchase today. They can be placed in alarm clocks, pens, mirrors, stuffed animals, baby monitors, wall clocks, paintings and just about anywhere else you can think of. These types of cameras are incredibly effective, able to pick up sound and HD video with amazing clarity, and are even available with remote access for live streaming. A parent that may be at work can log into a website and watch their child being cared for in real-time.

As with all types of cameras and spyware, there are both advantages and disadvantages of choosing to use a nanny cam. Clearly, the main advantages are to ensure the safety of your child and your personal belongings. A serious disadvantage that very few realize is the fact that in-home-surveillance equipment is relatively easy to hack into with over the counter devices. According to a New York Times article, many high tech thieves are now driving through upscale neighborhoods, hacking into cameras and checking out the contents of the home. The use of a hidden camera to protect personal belongings can seriously backfire with hackers involved.

Another possibility to take into consideration is that the nanny herself may quit if she finds out that she has been secretly watched. She may feel violated, deceived, and mistrusted. If your nanny has done nothing wrong, you take the risk of losing someone who has made a positive impact on your children. Disclosing the fact that the nanny is under surveillance may be the wisest choice according to Wise4Living. There are many sites offering information about the pros and cons of nanny cameras.

Many have questioned whether or not nanny cams are legal. In fact, every single state has made it legal to record activities in your own home without disclosing the fact to those being recorded. The fact that the camera or cameras are hidden throughout the house also has no bearing on the legality of the matter.

Video recording is completely legal in all 50 states. Fifteen states currently have laws against recording a person’s voice without their permission. Before purchasing a camera, make sure your camera doesn’t record sound if you live in one of the following states where cameras with audio are against the law: Connecticut, Delaware, Illinois, Louisiana, Maryland, Florida, Massachusetts, Nevada, New Hampshire, California, Oregon, Montana, Pennsylvania, Hawaii, and Washington.