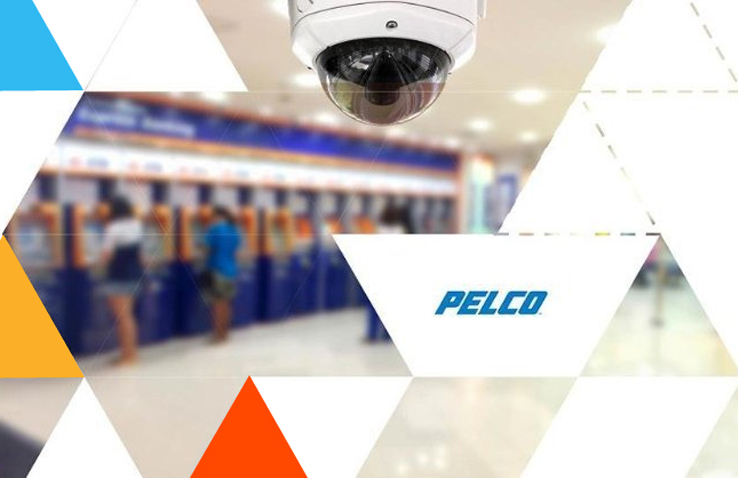 21 Jun Pelco Security Cameras: A Timeline of Success, and What’s Next

Posted at 16:02h in Blog by Lowell Bradford 0 Comments

Transom is particularly excited about Pelco’s recent commitment to providing a stellar video management platform, which allows business owners to explore the footage captured by their time-tested cameras in a new way.

But this is far from being the first major shift in the security camera pioneer’s storied history.In this timeline, we’ll take a look at some of the most important moments as the Pelco company redefined the security world.

Originally Pelco Sales, the security giant was established in Hawthorne California. Owned by E.L. Heinrich, Pelco Sales was not his primary business venture, but actually a side project. By the time he created Pelco Sales, Heinrich was already the owner of an immensely profitable mechanical aviation company.

Before Pelco High Speed PTZ Dome cameras were even a notion in anyone’s mind, Pelco Sales was innovating the industry. Pelco Sales original products were pan-tilt devices, which were controlled by joysticks, and used to shift commercial surveillance cameras.

Ironically, Pelco Sales’ inventive security solutions took off better than the aviation business ever did. Heinrich soon made the strategic move to devote his attention to this business, and the rest is history.

After outgrowing the existing headquarters, Pelco Sales moved to a new facility in Fresno, California. The newly relocated company capitalized on their fast-growing but seasoned team, as well as the reasonable real estate costs.

This investment paid off in droves. Within three years, employees were researching, manufacturing and storing Pelco security cameras throughout the entire building. As things were picking up, a group of opportunistic investors approached Heinrich.

This group, led by the company’s current President, David McDonald, observed the huge potential in the industry, and how Pelco Sales had made a name for itself in the security vertical. They purchased the company in June of 1987 and subsequently changed the name from Pelco Sales to, simply, Pelco.

After the transition, Pelco was jointly owned by two companies. The first, Freedom Acquisitions, Incorporated, was owned by Pelco management personnel, McDonald included. The second was Lyles Diversified, Incorporated.

As The Turn of the Century Nears, Expansion Continues

Under the new ownership, Pelco continued to thrive, and take steps to scale their organization in reaching new horizons. In 1996, Pelco purchased a new building, located in upstate NY.

Far from serving the same purpose as the Fresno building, this facility was dedicated toward operations. While still dedicated to Pelco security cameras, this building included product showrooms, sales and marketing teams, engineers, and researchers focused on continued improvements.

Pelco also began selling its security cameras internationally, with a strong emphasis on customer satisfaction: 100% satisfaction, in fact. This mantra guided Pelco as they continued innovating the security world.

As Schneider Electric built a strong presence in the building automation world, Pelco quickly rose to the top as a new prospect, thanks to their strong video security technology. During this period, Pelco became known for their Apple-like technical support. People knew that Pelco dome cameras were the best around, but needed advice about making the best use of them. This support program was a critical advantage for a heavily technical product that only trained individuals knew how to use at the time. Our customer service-minded team takes inspiration from Pelco’s high standards and pushes that advice back to customers!

This video technology was key in helping them rise to the top as well. In a world where video surveillance became an absolute necessity, video feeds are now crucial, and it’s almost impossible to imagine security operations without them.

We’re Excited For the Future of Pelco’s Surveillance Cameras

There’s no telling what it holds. Many of Pelco’s new flagship products, like this Pelco high speed PTZ clear lower dome, carry the same video quality as new televisions— 1080P— creating a feed with up to 60 images per second. This technology allows building owners to implement creative solutions like facial recognition even better.

Be sure to browse our selection to find the best Pelco products, or chat with a representative to see which is best for your business!