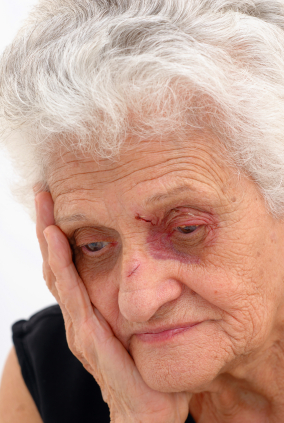 Elder abuse is a sensitive issue for various reasons. Most people declare unadulterated respect for elders; however, there are over 500,000 cases of elder abuse reported annually. Elder abuse is a very far-reaching subject matter, for there are countless types of elder abuse which occur in varying environments. Public knowledge may suppose that elder abuse primarily occurs in elder care facilities; when in fact, elder abuse spans from many settings such as: hospitals, doctors’ offices, and home settings. Perhaps even more disturbing than the extensive venue of elder abuse, is the myriad of suffering elders endure. Elder abuse encompasses physical, emotional, financial, sexual, and spiritual abuse. In addition, the abusers are not limited to medical professionals. Surprisingly enough, elder abusers can come in the form of: family members, lawyers, salespersons, live in companions, caregivers, and even preachers.

Why does Elder Abuse Happen?

No study can definitively state the reason elder abuse occurs. In recorded cases alcohol and drug abuse have been some of the culprits. Other abusers may have a family history of abuse. In some situations, abusers took advantage merely because it was so simple to do so. Caring for the elderly is taxing and emotional; it is a task that necessitates much patience and compassion. Unfortunately, in many cases frustration seems to have been the underlying motive.

Background and Statistics of Elder Abuse

Much effort has been spent in attempts to terminate this horrid abuse. While all 50 states have elder abuse laws, each state’s laws and penalties vary. There are national statutes regarding elder abuse protecting elderly adults. There are separate laws for institutional abuse as well as long term care abuse. Criminal Laws against elders also remain in a separate category. Though each state’s mandates differ, all require certain professionals to report suspected elder abuse. As with state laws, penalties for elder abuse vary as well. In most states, elder abuse results in jail time and punitive damages.

Because elder abuse is such a broad-spectrum term, the signs are as broad as the topic “Elder Abuse,” itself. Elder abuse can manifest itself in physical forms such as bruises, bed-sores, and dishevelment of the elder. Signs of elder abuse can present themselves in unsuspecting forms like being asked to take unnecessary medical tests. Physical abuse of elders is obviously easier to discern than other forms of elder abuse, though emotional abuse may pose as much of a threat. Signs of elder abuse can be best noticed by observing elders carefully, taking note of changes in routines, emotions, and personalities.

Elder abuse can be reported in various ways. The simplest of this is to call 911. However, elder abuse can be reported to doctors, nurses, or other care providers, who then, in turn, must contact state authorities. Most states have toll-free hotlines solely provided for the reports of elder abuse. In addition, there are also national toll-free hotlines set aside for the same purpose.