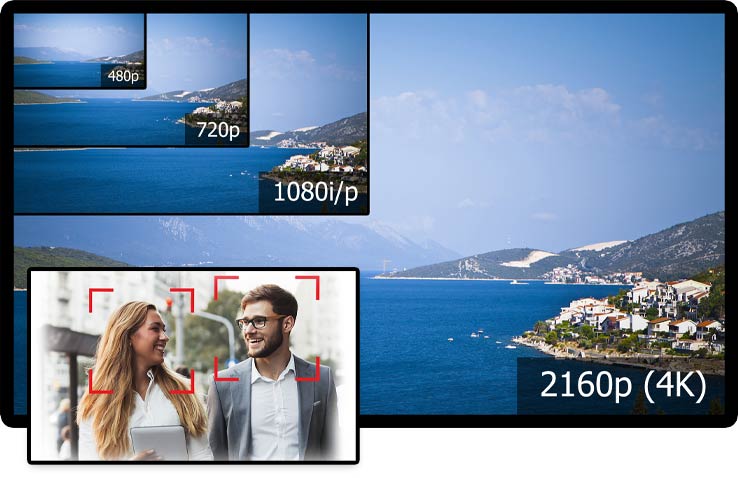 02 Aug Benefits of 4K Surveillance Cameras: Capturing a Clearer Image for Your Security

Posted at 16:11h in Blog by Lowell Bradford 0 Comments 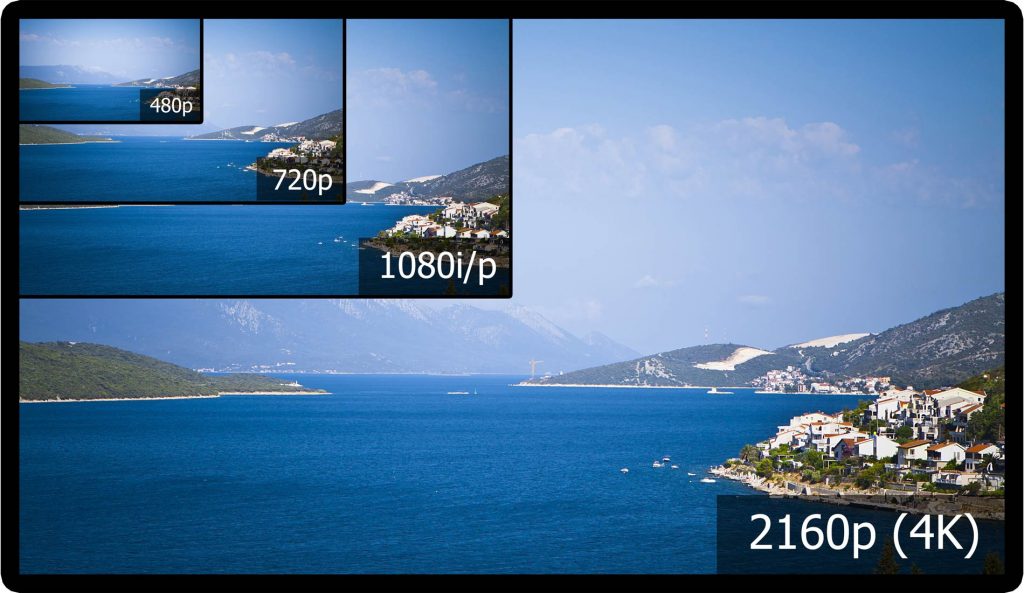 No matter when you were born, you’ve probably witnessed the evolution of television resolution (and not to mention, visual quality).

People were so thrilled to have TVs in the 60’s that they were willing to ignore the gritty, disruption-prone quality. Fast forward to the turn of the century, and flat screen TVs became the norm.

About a decade later, and higher-end companies were touting about the best 1080p technology around. In 2019, if you don’t have a 4K TV yet, you’re probably waiting around for your current model to kick the bucket so you can buy one. And the 8K craze is just around the corner.

The same exact concept applies to the rise of 4K surveillance cameras.

But when it comes down to the precise benefits of 4K surveillance cameras, it can be a bit unclear for some customers. We’re here to clear the air and tell you everything you need to know.

So, what’s the actual difference between 4K and 1080p? Won’t you be able to view the security feed either way?

When it comes down to it: yes, regardless of the resolution, you’ll be able to view and review your security feed to find pertinent information.

But the quality of the image can vary drastically.

The higher the surveillance camera’s resolution, the clearer the image, and the better you or your security officer will be able to analyze the feed.

As the resolution increases, so do the pixels per image. More pixels means the ability to display images in greater detail, and for you, a better way to gain insight. 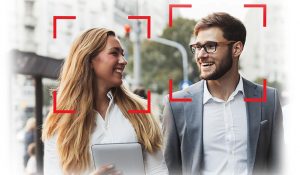 Not all 4K surveillance cameras are necessarily facial recognition cameras, as this functionality doesn’t relate directly to resolution.

That being said, many 4K cameras are on the higher end of the spectrum, and do carry facial recognition features!

However, this is only one of the benefits of purchasing 4K surveillance cameras.

Thanks to wide-angle lenses, 4K surveillance cameras can capture a wider frame and more space than lower-resolution cameras.

This is one of the primary advantages of 4K cameras, and not only because it cuts down on time spent scrolling through video feeds. In addition, you can also install fewer cameras as a result of the improved coverage.

Do I Need to Replace My Current Units If I Have 1080p Cameras?

This is an all-too-common concern for people looking to purchase one 4K surveillance camera to supplement an existing network of cameras. Fortunately, the answer is a resounding no.

4K cameras can easily be paired with your existing surveillance system. If you already have lower-resolution cameras like 1080p or 720p models installed, then simply add the 4K camera to your network. The video feeds may differ slightly, but overall, the improvement will be well worth it.

Likewise, 4K surveillance cameras are also compatible with monitors of different resolutions. So if you’re viewing the security feed on a lower-res monitor, the image will be improved— but not as drastically as it would be with a 4K monitor.

For the best results, we recommend configuring your 4K surveillance cameras to display on a TV of the same high-quality resolution.

The Time to Upgrade to 4K is Now