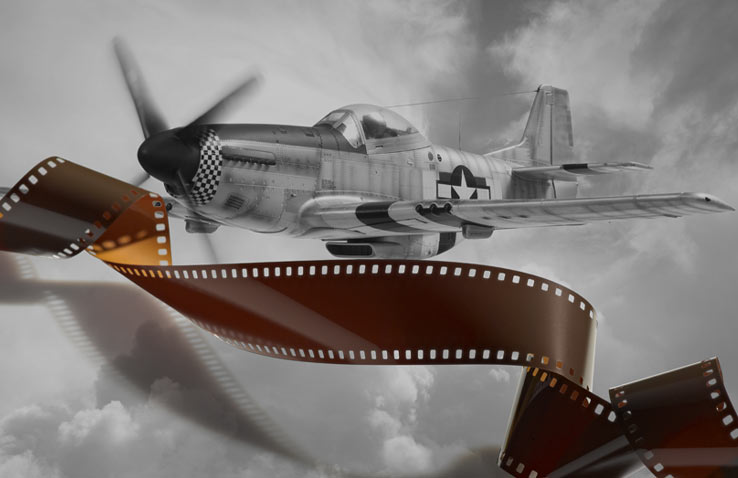 In 2019, it’s easy to take security cameras and other surveillance equipment for granted. What was once a luxury has practically become a given; now, any public area is likely to be monitored with CCTV cameras, with footage resting a few clicks away.

Security technology and applications have both come a long way since their humble beginnings— which, surprisingly, date back all the way to WWII. In this timeline, we’ll take a look at some of the most significant milestones in CCTV history.

CCTV technology was invented by a man named Walter Bruch, initially for the purpose of learning about weapons, not people.

In fact, the first documented use of CCTV allowed the German military to observe rocket launches from inside a bunker. But, they could only watch through live streams as they happened— recordings would become available much later.

However, the U.S. government quickly picked up on this hot new wartime technology. Surveillance cameras enabled scientists to observe nuclear bomb testing, without being in the thick of things. From a comfortable distance, and often inside a lab, this allowed scientists to learn about the effects of nuclear weapons, and never come into contact with the dangerous aftermath.

By 1949, a U.S. contractor called Vericon started selling this technology for use in the commercial space.

Security for the Crown, Police Work and The Beginnings of Home Surveillance

Fast forward ten years later, and primitive security cameras had become a force to be reckoned with in public and home security.

The British police force utilized CCTV technology as an extra set of eyes when the Thai royal family came for a visit in 1960. They only installed two cameras— which may not be enough for a single room, by today’s standards. Nonetheless, this opened the door for a new way to apply this technology.

In 1961, just a year later, London Transport started installing CCTV cameras throughout the train station to bolster public safety. Within the next few years, Liverpool started to experiment with the same idea.

Just as security cameras became a mainstay in public safety, they started to become a norm for home safety as well. Marie Van Brittan Brown pioneered the home security system, which she patented in 1969. But the path was far from over.

While the video cassette tape was invented in 1951, a commercial product didn’t reach the market until much later in 1969. This enabled building owners to record security feeds— which is a lot of steps for a process now streamlined by HD DVR security camera recorders.

However, cassette tapes weren’t the most advanced video feed recording method for long. During the 70s, VCRs replaced video cassettes as the simplest way to record and view video surveillance footage.

And New York City was eager to take advantage of this technology to record and prevent crime, too. In the early 70s, they placed security cameras in problem areas throughout the city to begin tackling crime.

Digital Recording Paves The Way For the Future

Convenient recording had become fairly standardized early on, but reviewing footage to investigate incidents and behavior was annoying. That is, until digital video recording became standard in the commercial space in 1986. While it’s far from the video surveillance software that’s the norm today, it was a major step forward at the time, and drastically altered the way that people viewed footage.

With this transition, building owners could browse through video footage with absolute ease, and find the clips they needed faster.

But the digital improvements didn’t end there. In the early 90s, manufacturers began using a technique called digital multiplexing.

This revolutionary system combined several video feeds— generally in the same area, or in related zones— and placed the feeds on a single monitor or tv.

DVR recording technology made the recording process even more convenient by cutting out several steps. Rather than using a multiplexer unit to compile several video feeds, DVRs did this automatically. Not to mention, the ample recording space beat the minuscule storage on video tapes by a mile, removing the hassle of constantly changing tapes.

Eventually, this technology allowed people to view video even from remote locations.

Facial Recognition: The Real Face of Public (and Private) Security

Between the 90s and modern times, video cameras spread all over the country. From family-owned stores, to restaurants, to office spaces, and even rural homes, CCTV technology is helping people keep watch remotely. And facial recognition cameras are streamlining this process even further.

Facial detection technology developed quickly in the 2000s, and a forensic database became available to law enforcement in 2009.

First, facial detection technology identified faces. This was a massive improvement from the standard cameras that had previously filled the market. The real change, however, happened when people began upgrading to true facial recognition technology. Now, business owners can identify and register names with faces, be alerted when a particular face comes into view, and the image is clearer than ever. Depending on the home configuration, facial recognition technology can offer other features as well.

At Surveillance Video, our team of sales reps is here to help you learn about CCTV and surveillance technology and find the products you need! Feel free to chat with us about your needs!